Genesis Imaging > Blog Posts > Our Photography and Art Highlights from 2017…

As another year draws to a close, we’ve been reflecting on some of our particular highlights for 2017… (in no particular order!): 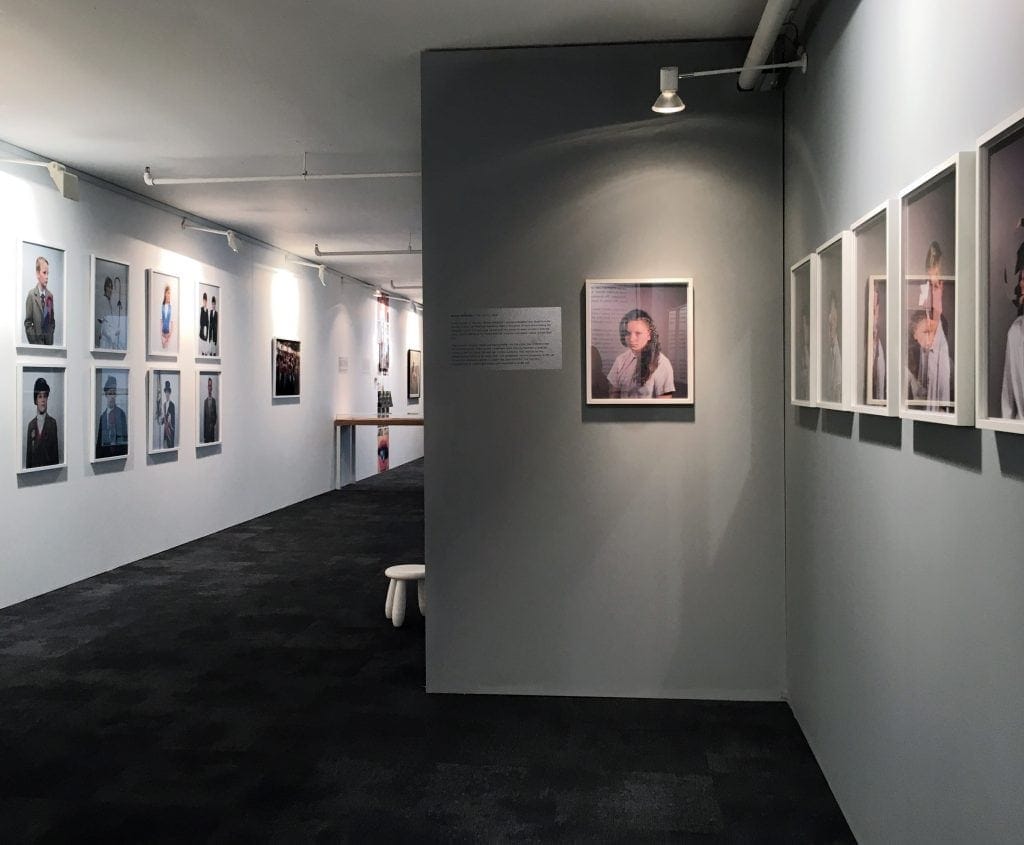 Back in January (which feels so long ago!), we were once again proud to support the Photo50 exhibition ‘Gravitas’, curated by Christiane Monarchi, the founding editor of the online magazine Photomonitor. The exhibition of fifty works explored the transition of the ancient Roman youth from boyhood to adult life. Read more. 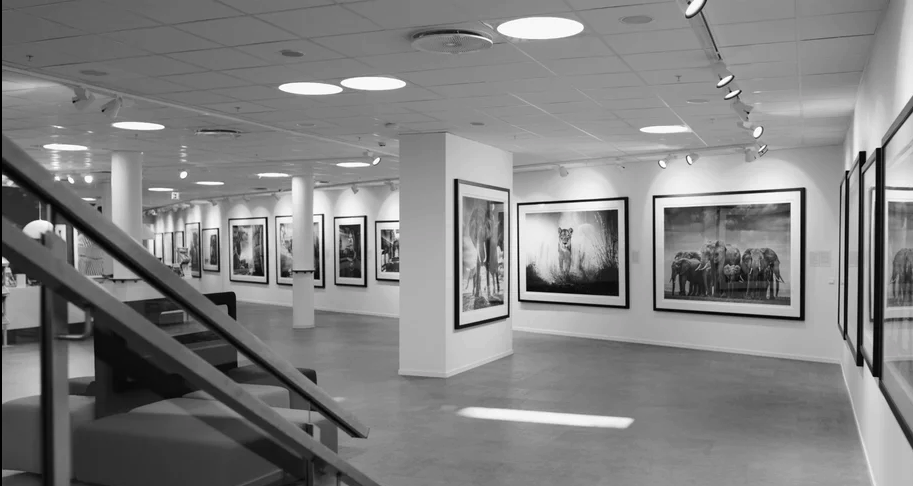 David Yarrow premiered new work ‘The Untouchables’ at Galleri Fineart in Oslo, for what is his largest show to date (with a staggering 71 photographs on show) alongside a show at Maddox Gallery in London which we were delighted to attend. If you didn’t manage to make it over to Oslo, you can take a short virtual tour in his video. 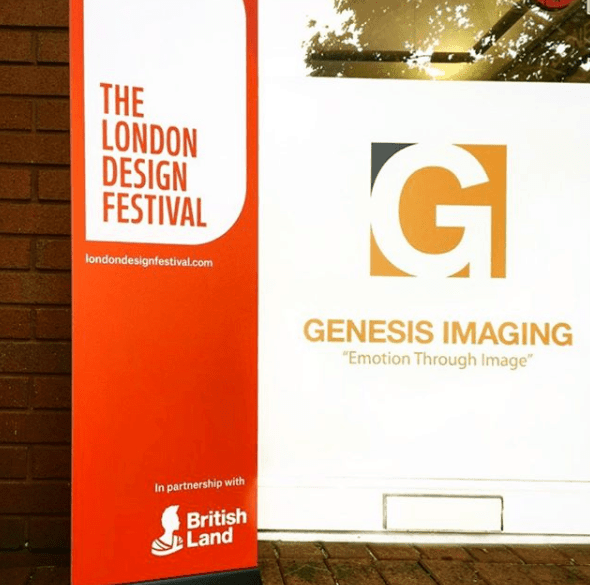 For the first time, Genesis took part in London Design Festival where we opened our doors to explore printing artwork on substrates which ranged from concrete to glass, with Chromaluxe Fine Art Prints. Alongside live demos, Dr Vanessa Champion also explored the premise of art in interiors and speaking about her new venture, ARGENTA. An exciting evening!

The third edition of the Photo London fair took place in 2017, Genesis will continue to support for the next edition in 2018

Now in its third year, Photo London has established itself as a world-class photography event and as a catalyst for London’s dynamic photography community. The 2017 fair brought together 89 galleries from 16 countries, which we were delighted to support with our exhibition production services as the official Print and Finishing partner. We are very excited for the next edition in 2018. Read more. 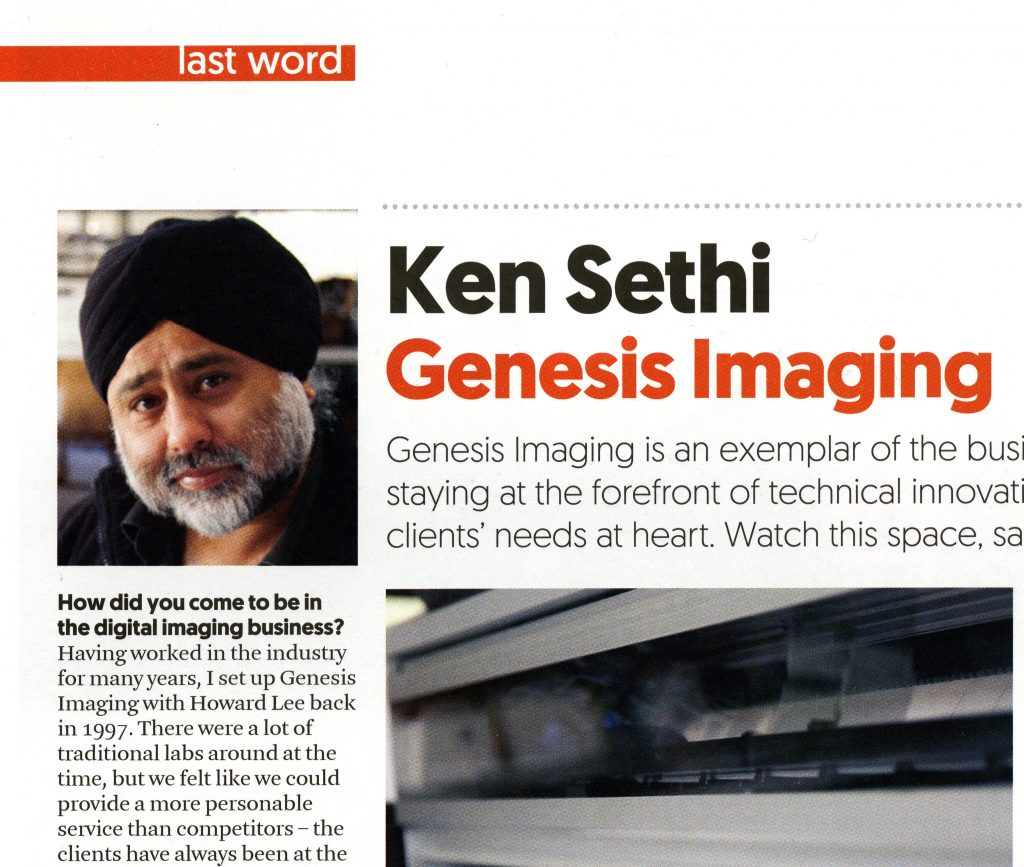 The October 2017 issue of The Fine Art Trade Guild’s monthly magazine, Art + Framing Today, featured an interview with our very own CEO Ken Sethi which you can read here. 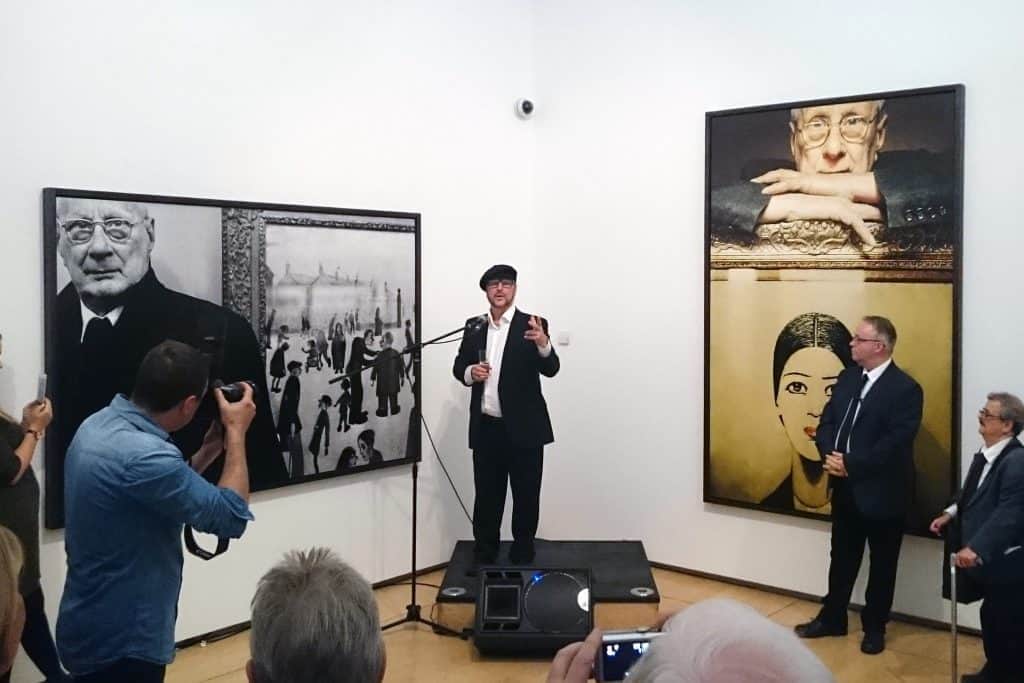 Clive Arrowsmith at The Lowry, Manchester

Previously unseen photographs of the painter L. S Lowry by Clive Arrowsmith went on show in massive proportions at The Lowry in Salford, Greater Manchester, providing a uniquely domestic portrait of an artist renowned for guarding his privacy. The exhibition contained an array of unseen images, presented as large-scale Giclée Fine Art Prints produced here at Genesis Imaging. Check this out here.

As part of our dedication to the next generation of creative practitioners, Genesis have supported MA photography students at London College of Communication, Nottingham Trent University & Westminster University this year, alongside numerous individual artists and exhibitions, with bursaries, a year’s mentoring from our very own Creative Director, Mark Foxwell and much more.

Read about how we work with students here.

Following on from working with students, we launched our graduate discount earlier this year, providing a continued 20% discount across all of our professional photographic services for a year after students graduate, with 10% discount for the year that follows. 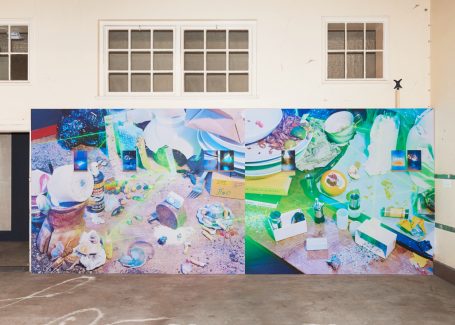 The 2017 edition of FORMAT explored the theme of HABITAT. Work by more than 200 international artists and photographers was on display, documenting the world around us. We partnered with Fujifilm on the Genesis and Fujifilm Open Call Award which was awarded to one photographer selected from the artists who participated in this year’s festival. This prestigious award was comprised of £1000 worth of our services – including Bespoke Framing and Professional Photographic Printing (on Fujifilm Crystal Archive paper). 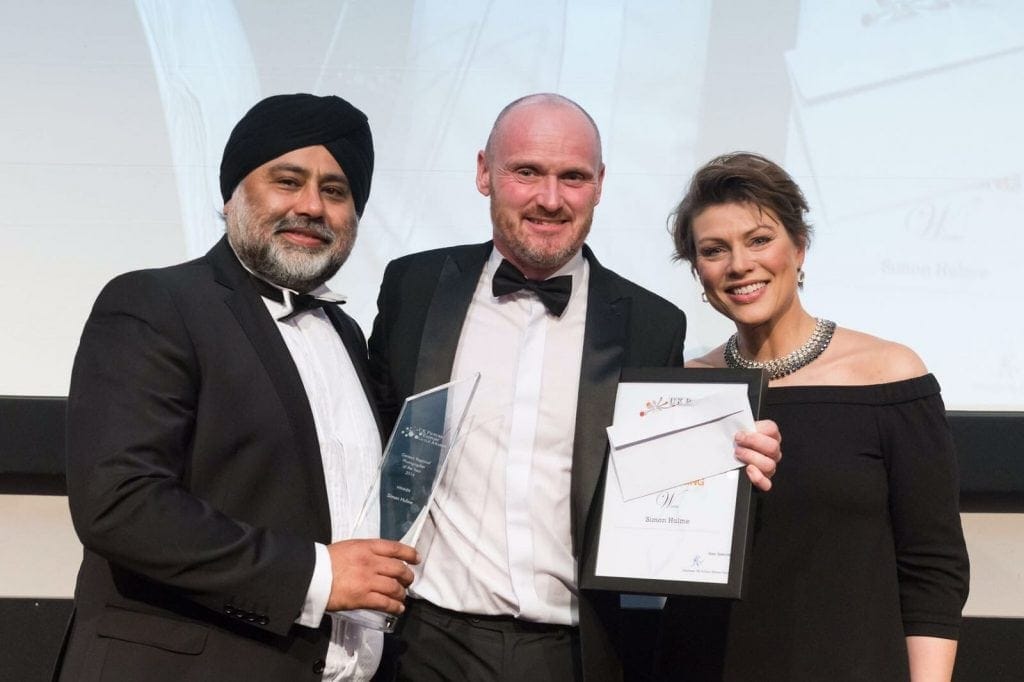 The exceptionally talented photographers working behind the lens throughout the media today were celebrated at the annual Awards event, which took take place in London at the Honourable Artillery Company Headquarters on 27th March 2017.

Genesis Imaging are once again delighted to support the UK Picture Editors’ Guild annual awards as a sponsor of the Regional Photographer of the Year category. Read more. 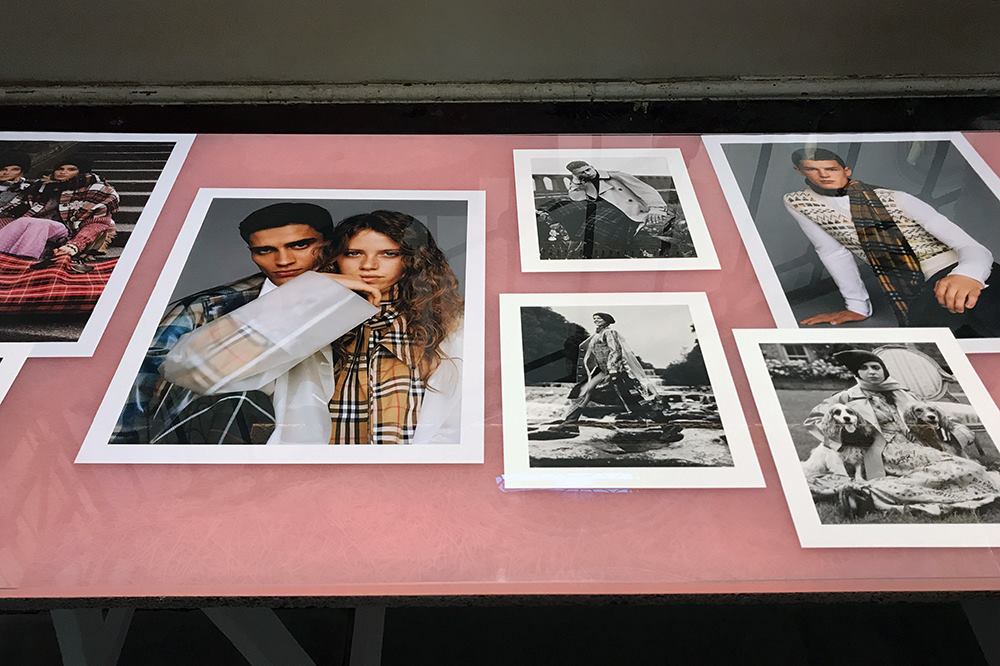 Burberry ‘Here We Are’. Prints by Genesis Imaging.

We’re proud to have worked on ‘Here We Are’, Burberry’s exhibition of British social and documentary photography curated by Christopher Bailey, Lucy Kumara Moore and Alasdair McLellan – in celebration of the Burberry September 2017 collection. The exhibition featured prominent British photographers, including a number of clients, alongside the premier of their new collection. 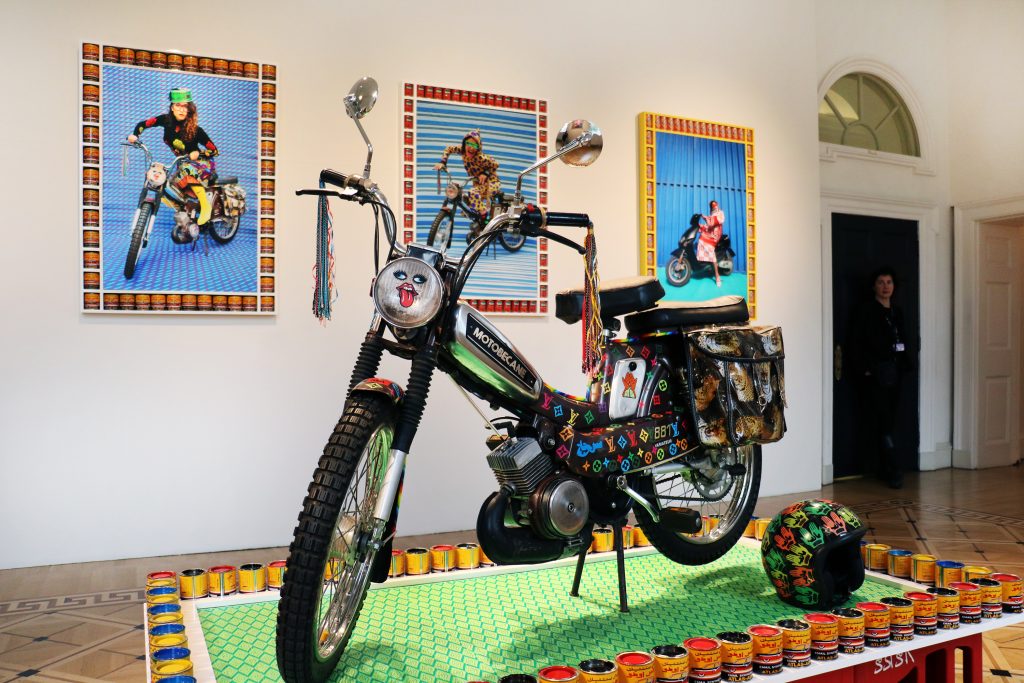 Hassan Hajjaj, a British-Moroccan artist, presents his project ‘La Caravane’ at Somerset House. This homecoming exhibition is a vibrant fusion of contemporary cultures through new and celebrated works which we produced as Lambda C-type prints on metallic paper.

13. Travel Photographer of the Year 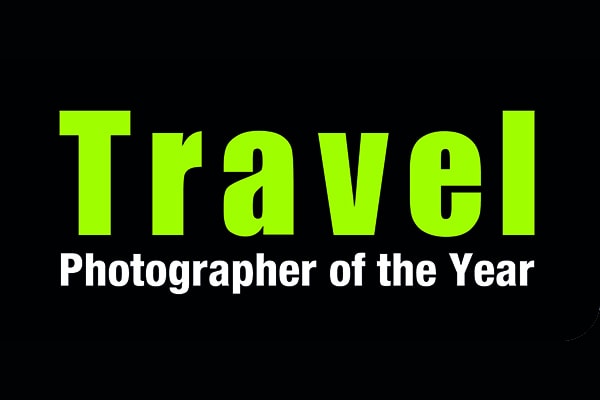 This year’s exhibition was bigger and better than ever before, with a retrospective showcasing some of the TPOTY judges and organisers’ favourite images from first 14 years of the awards. We are delighted to have produced the work for the exhibition as Direct to Media UV, Lambda C-type and ChromaLuxe Fine Art prints. We’re already looking forward to next year’s exhibition, which will take place in 2018…

14. Hire a Camera Filming at Genesis 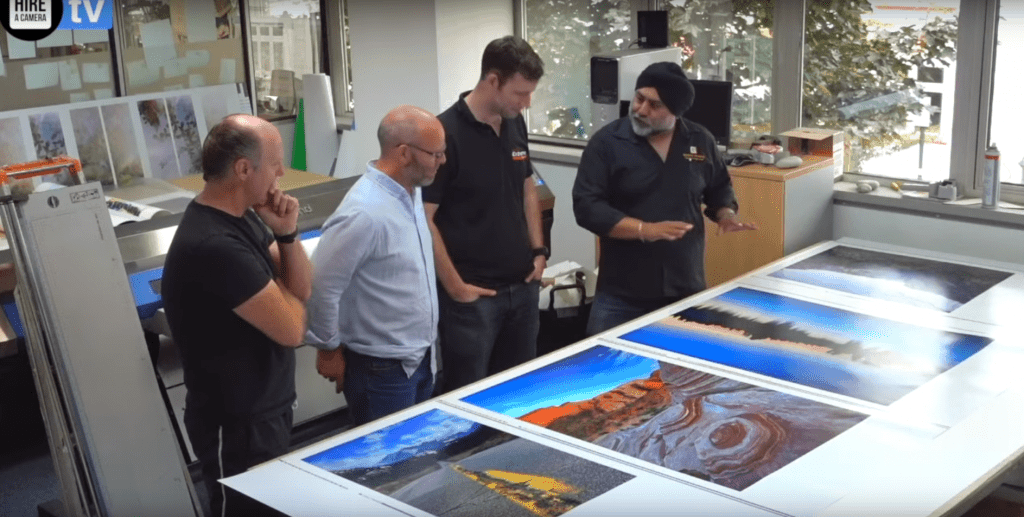 Hire a Camera filming at Genesis, with Print Manager Steve and CEO Ken

Hire a Camera, one the UK’s most popular suppliers of camera equipment, visited Genesis Imaging to understand why all photographers should print more of their images. They filmed their visit and featured our CEO, Ken Sethi and Print Manager, Steve Butler. Watch the full episode here. 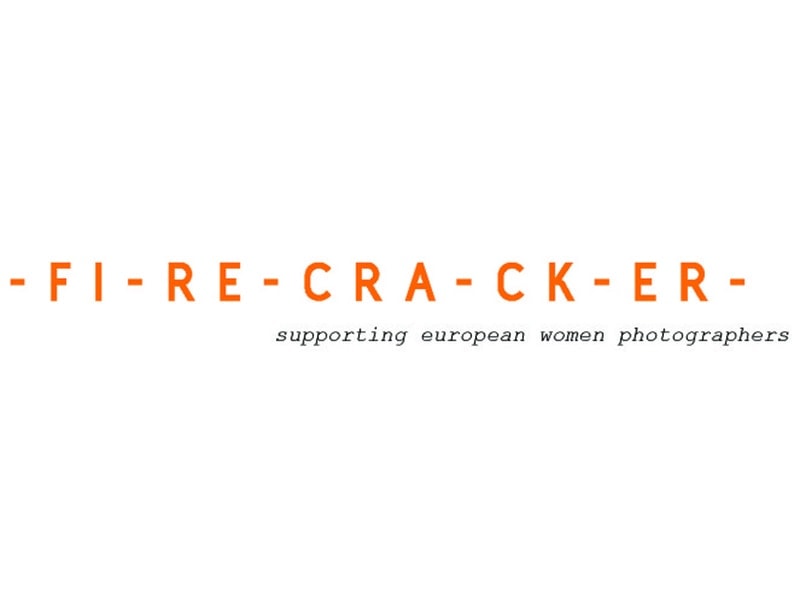 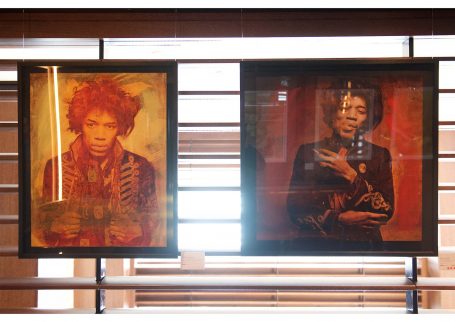 After a friendship spanning more than a decade, Royal portrait painter Christian Furr and legendary Rock & Roll photographer Gered Mankowitz collaborated on new work in a merging of minds and methods. This stunning array of works features hand worked uniquely painted original prints such as The Rolling Stones’, Jimi Hendrix and Kate Bush’, bringing Furr’s distinct painting style to some of Gered’s most famous and iconic photographs. We first produced these as White Gloss Chromaluxe pieces, here at Genesis, and then shipped them to Christian’s studio where he applied his painting style – embellishing each print with metallic paint, diamond dust and gold leaf. The work merged naturally to inevitably form the stunning and colourful ’45RPM’ collection. Read more about the exhibition here.

17. All of the Client Projects and Exhibitions that we couldn’t fit in this list… 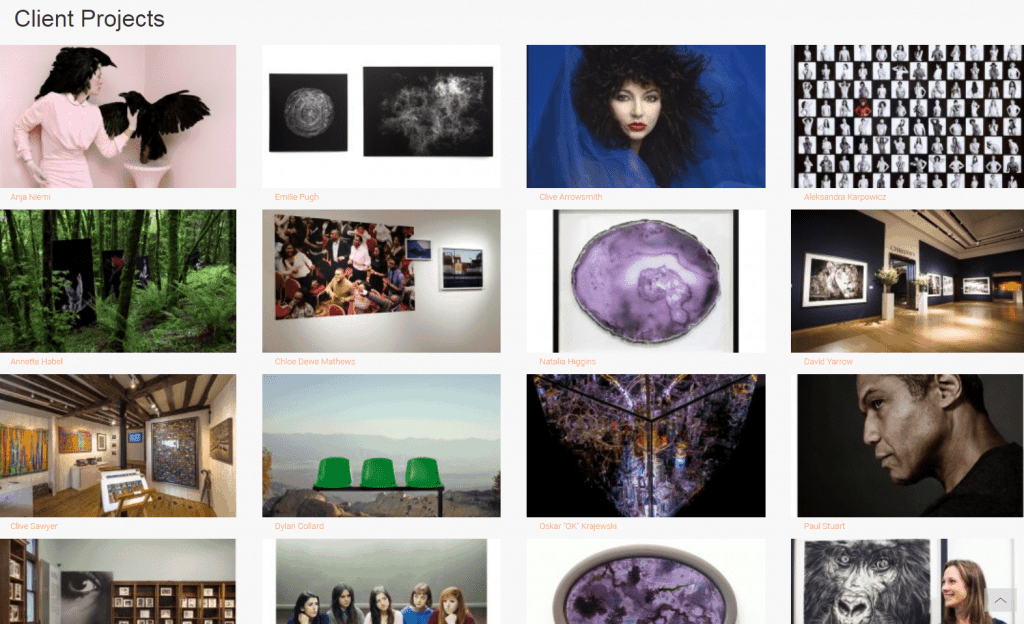 All our Client Projects

You can see some of the exceptionally talented creative practitioners we work with and a selection of the work that they produce here.

Wishing all of our clients, followers and friends a Merry Christmas and a happy and healthy 2018!