Of his work, Nick comments: “My practice is focused on exploring our relationship with the past, both individually and collectively, and the impact it has on our identities.  A Castle By The Sea is inspired by a copy of a book that I inherited about The Fens in East Anglia. On the first page there is an inscription from the author to his fiancée, my grandmother.  But shortly after the book was published, aged just nineteen, she called off their engagement.  No one knows why, the reason has been lost to time.  I hope that the photographs in the project depict his unrequited love and also reference that without her decision I wouldn’t exist.  It’s a sliding doors story from the 1920’s that encourages us all to reflect on our own individual quests for love.

Being awarded the Genesis Imaging Postgraduate Bursary is not just a confidence boost as an artist, but it’s also given me the reassurance that the project connects with others.  Because of the nature of the story the way it is exhibited is essential.  I know that having the bursary, and the support of Genesis, will ensure that when the project is seen in a gallery setting it will engage its audience and evoke the love they shared almost a hundred years ago.

The project isn’t completed and the award has given me a deeper belief in the work.  As such, after graduating, I’m planning to build on it by further exploring love and relationships in the modern Fens.  It’s a curious part of the country that is rarely the subject of documentary photographers.  In some ways it feels forgotten, left behind in the twentieth century. “ 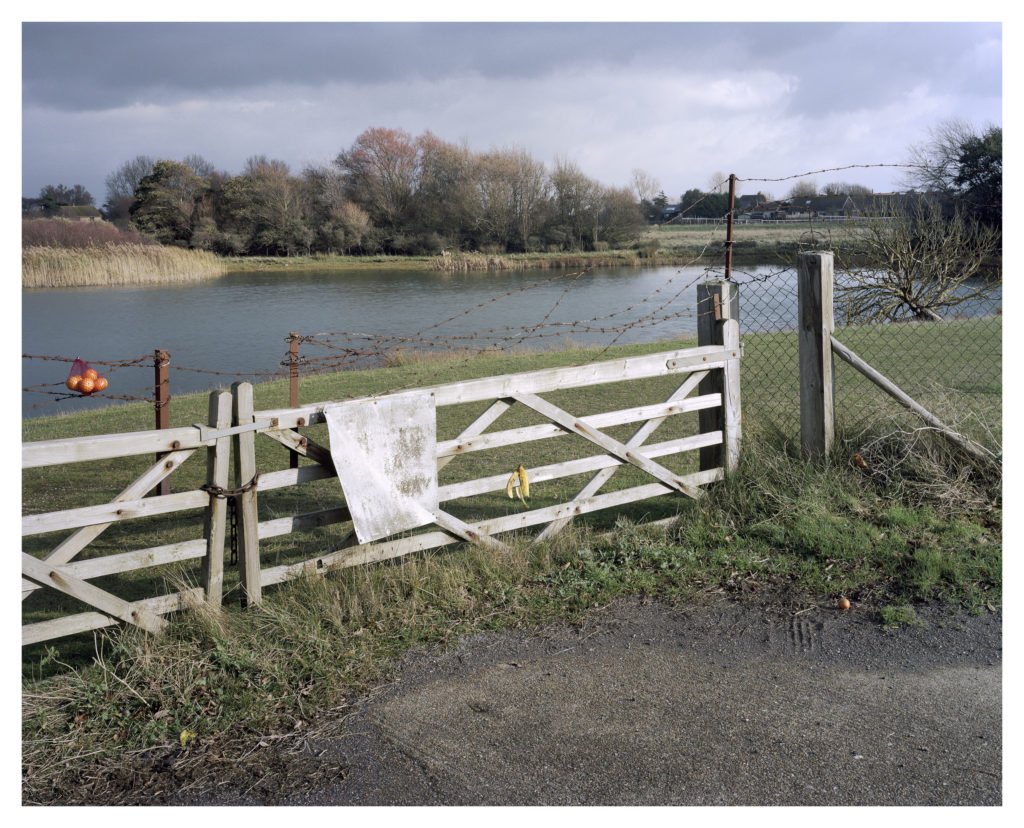 “After years of confronting the Israeli landscape, its geography, historical narratives and my own biography, I left Israel in 2018. Far away from the politics ‘left behind’, I found myself once again drawn to questions of land and power, belonging and legitimacy.

The rural walk is a well-known English cultural practice. Though it may be civil, the act of walking itself is rooted in an ideology from my own cultural background; to walk the land is to know the land, and therefore suggests belonging, entitlement and ownership…. I begin to survey the English countryside, becoming familiar with the island’s geography, an act of mapping that refers to imperial and colonial histories. Pertaining to Romanticism, I appropriate the visual rules of the picturesque; traditionally used to create an illusion of social and natural harmony… The dramatic light and weather conditions combined with forensic attention to details and on-site interventions; intend to provoke the ambiguous feelings of seduction and alienation; poetic and luring yet tinged with irony, seeking to disrupt traditional modes of representation in a place where land ownership and social hierarchy, have shaped the form and perception of the landscape for centuries.” 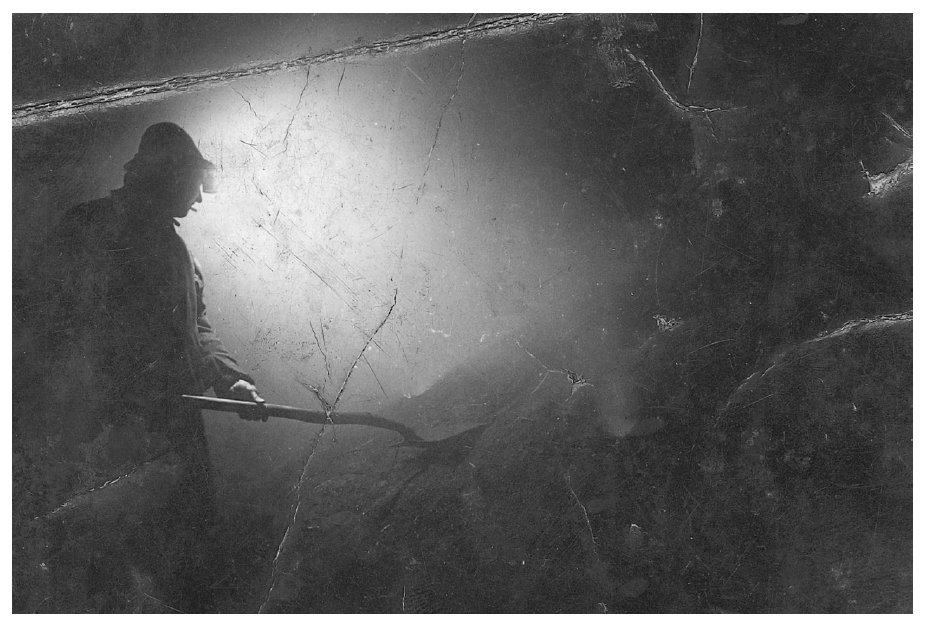 From the series ‘Vorest’ © Phillipa Klaiber, commended entry in the 2020 Genesis Postgraduate Award

“On the English side of the Welsh border is the Forest of Dean. It is an ancient place, once the hunting reserve of Kings. It is a forest of plantation and ancient woodland, of heath land, quarries and mines. Locally it is known as the Forest, and its inhabitants, Foresters.

There is an idea found in literary and pictorial Romanticism that to soften our confusion about what it means to dwell on the earth, we should endeavour to return to it in our everyday lives. In this forest there is a collective desire among the inhabitants to maintain the ecological balance of their land, which serves as the foundation of their culture and collective memory.

Vorest considers the relationship between the narratives of the past and the environment in the present; a shift in perspective from the modern idea of ownership of land, to a more balanced relationship with it.

This work combines my own photographs with digitally-sourced aerial images and archival material found locally. It considers the land in detail, its topography, traces of past human activity and our role within it.

I grew up on the border of the Forest. In this landscape, I am both a Forester and an outsider. Through Vorest, I endeavour to better understand this land and our place within it.”

About the Genesis Postgraduate Award 2020:

The Genesis Postgraduate Award returned for its third year in 2020, to offer support to individuals continuing to postgraduate level. The award was open to all students currently enrolled in their final year of a postgraduate (taught) programme in the UK.

From years of experience working with students, we’re only too aware of the financial pressures faced in the production of final work. And of our responsibility to help foster new talent as leaders in production for the creative industries.

The award is comprised of exhibition production up to the value of £2,000 . Alongside 12 months mentoring and support, promotion via our newsletter and social media channels and invites to industry events and exhibitions. In response to some degree shows being online-only, this award can be used for future work rather than the degree show itself.

Laura Noble is the Director of L A Noble Gallery in London. She is also a curator and author of The Art of Collecting Photography, with primary essays in many monographs including Wall and Peace – Kai Weidenhöfer, 2020, Form & Function – Chloe Rosser, 2018, At Home with the Furries – Tom Broadbent, 2018, Estate – Robert Clayton, 2015, In Paradiso, Deborah Baker, 2014, Hidden Identities: Unfinished – Yvonne De Rosa, 2013, and many more. She is a proud feminist and is currently working on a new book focusing on the role of women in the photography industry.

Laura is the guest curator for the London Art Fair’s prestigious fourteenth edition Photo 50 exhibition 2020 – Occupy the Void. She lectures on all aspects of collecting photography, professional and gallery practice globally and as a regular visiting lecturer at Sotheby’s Institute in London. She curates at L A Noble Gallery and independently at venues worldwide.

Born in Liverpool, Michael Birt is considered one of the leading portrait photographers of his generation. He has worked extensively for the best publications in London and New York, creating a unique body of work. He was under contract to Tina Brown’s Talk magazine in New York, 1999-2001 — where he produced Talking Pictures, a monthly collection of celebrity portraits with quotes from the sitters. He has exhibited extensively worldwide, a collection is held at the National Portrait Gallery, Gold Medal winner in the Royal Photographic Society’s International Print Exhibition 2009 and participated in the National Portrait Gallery’s, Taylor Wessing Photographic Portrait Prize five times.

Averil is the Director of Curation at Kovet.art, an art tech start up that will present emerging art in online exhibitions and pop up gallery events.
Averil holds a BA in Art History from Boston University, and 15 of years of experience working within the art world internationally. She began her career in New York as the director of Hamburg Kennedy Art Advisory & Projects. Following this, she became the director of Brancolini Grimaldi, a contemporary photography gallery based in Florence, Rome and eventually London. There she worked closely with both emerging and established artists — curating exhibitions and art fairs, developing special projects, events and publications. Since 2016, Averil has been a private Art Advisor to international clients, and also mentor to emerging artists, providing creative direction, strategic and commercial advice.

Creative director of Genesis Imaging, Mark Foxwell is based in London and is a photographic printer of 40 years standing, working closely with renowned Photographers and Artists. His prints have graced the walls of some of the top museums and galleries in the world, including MOMA and the Tate Modern. He is consumed by Photography and his current aim, and hope, is to give back as much as he has gained from this passion.

Ignacio Barrios is a Spanish visual artist working with photography. In 2019, Ignacio completed an MA in Photography at the Royal College of Art in London.

Barrios mainly works with photography while blurring boundaries with painting and sculpture. He is interested in creating a dialogue between public and privates spaces by using the street and the studio as different backgrounds to capture his installations composed by domestic objects part of our daily life. Ignacio has exhibited his work at MadridFoto in 2011 with Galeria Moriarty, at Getty Images Gallery London (Renaissance Photography Prize 2015 & 2017) and with Estudio Figueroa-Vives in Havana since 2012.  In July 2020, Ignacio will be an artist in residence at the BilbaoArte Foundation.

From Tuesday 26th May 2020 we are open for business with reduced opening hours and new working procedures to ensure the health and safety of our clients, staff and wider communities. Our revised opening hours are 10am – 5pm Monday – Friday. We look forward to seeing you soon!